SRUC is trialling a remote data capture system at the Hill & Mountain Research Centre at Kirkton, near Crianlarich.

Davy McCracken is looking for thoughts on what sort of data obtained by sensors, either fitted to animals or in the environment, would be useful to help inform any management decisions in remote upland areas.  The presentation provides some background (see below).  The type of data collected is the type that can be transmitted in small packets (i.e. not streaming of videos etc) over a radio frequency network.

Technology exists to build sensors but it is not clear what type of data, and hence sensors, would be useful to upland land managers. Davy is trying to pull together thoughts on uses to inform discussions and any thoughts will be appreciated.  It does not matter whether a sensor exists or not, as the point is to think outside the box to identify the type of data it would be useful to obtain, which currently may be difficult (or impossible) to gather.

Note that the ‘masts’ are only about 1m long and they cost c. £1K, or less, to buy.  Each mast can form a 10 mile radius radio network in rural areas and theoretically can take data from 10,000 sensors! So it is possible to think in terms of an array of sensors and not be confined to single sensors located at single points

Davy cannot be at the Forum meeting on 2 March, but he will be happy to speak to anyone who would like further information.

The presentation about this is on the Briefings page of the Forum's website, along with a form to use to provide a guide to the information that Davy is seeking. Please contact Davy direct, or forward any e-mail traffic to the Forum.
Posted by Simon Thorp at 13:04 No comments:

The Chairman's Working Group met on 9 February, with thanks to BASC for hosting the meeting at Trochry, for providing lunch and a very nice cake!

These meetings are held in advance of each Forum meeting and allow an opportunity to plan for the following meeting and to discuss other issues of interest to Forum members in a smaller group.

I have summarised the agenda for the meeting below:


There was support for the programme proposals that had come out of the Programme for Delivery discussion, most notably the view that the Forum should consider developing some form of 'uplands vision' perhaps with a focus on challenges & opportunities.  This will be discussed further on 2 March.

There was support for the suggestion that the summer visit, which had previously been proposed to take place in Galloway, should include a discussion about the Galloway & Southern Ayrshire Biosphere.  Proposals will be developed for discussion at the Forum meeting.

The PoMM Guidance covering Mountain Hare, Heather Cutting and Worm Control will be circulated to forum meetings with a view to being in a position to agree to publish this after the meeting.
Posted by Simon Thorp at 12:38 No comments:

The Forum's Programme for Delivery (PfD) is updated annually to make sure that it reflects the issues that Forum members want to address.

This year Julia Stoddart (SACS), Richard Luxmoore (NTS) and Alex Hogg (SGA) volunteered to provide some input to the review.  The SGA had submitted some proposals for issues to consider; Ronnie Kippen and Kenneth Stephen joined the discussion to address these.

In addition to a calendar of events, the PfD seeks to identify Priority Issues for the Forum to address during the year. It also provides a reminder of the standing commitments that the Forum has, for example, to support the Scottish Wildfire Forum.

Finally, the PfD provides a record of the issues that have been completed or that will not be considered further.

The latest version of the Programme for Deliver is on the Forum's website.
Posted by Simon Thorp at 01:18 No comments:

Lord Lindsay has been chairman of the Moorland Forum since November 2007, but he has indicated that it is time to find someone to replace him in this role.

There is no deadline for the appointment of a successor, although there is a general view that succession should take place before the end of 2018.

A Succession Task Group has agreed a Role Profile for a new chairman, and with this agreed, it will be possible to move quickly to appoint a successor, before being snapped up for another role.  The process to be followed for the appointment will be agreed with the Succession Task Group and will depend on the number of candidates that are thought to be suitable.

The Task Group will meet again on 2nd March, after the next Forum meeting, to consider any candidates that have been put forward.  If the Task Group believes that a suitable candidate has been nominated, a decision may be made at that meeting to consider the candidate as a possible successor.

This is the text of a note circulated to Confor members by Jamie Farquhar (Confor - National Manager for Scotland). He has kindly agreed that I may repeat the text in this Blog to provide a pointer to the important changes that are being introduced. 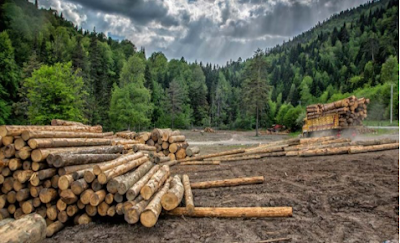 The Government has responded to Confor’s requests for clarity on how it will protect and promote forestry expertise in future arrangements, while enabling forestry to be at the heart of future policy making across important areas like rural policy and climate change.

Confor had proposed that the division regulating forestry within the Scottish Government be given the title ‘Scottish Forestry Service’ or similar and that the post of Chief Forester, which we successfully championed, be the head of the division with a clear role to promote professionalism and continuing professional development. We also asked for clarity and confirmation, again, that staff in the division, and the land management agency, would be encouraged to spend time working in the other body, and in the private sector.

The Scottish Government’s statement addresses all these points.  The full statement, including a diagram of the old and new structures, can be read here.

Another important aspect of the arrangements is that Forestry and Land Scotland, which will manage the National Forest Estate, will remain a public corporation just as Forest Enterprise Scotland is at present. This is essential to ensure the financial flexibility to manage its forests professionally and commercially.

Email ThisBlogThis!Share to TwitterShare to FacebookShare to Pinterest
Labels: forestry

Professor Alan Werritty has provided this report from the first meeting of this Group.


The Grouse Moor Management Group held its first meeting on 16th January at the Royal Society of Edinburgh. At that meeting, the Chair (Alan Werritty) outlined the background and context for the Group noting the Cabinet Secretary’s statement on 31 May 2017, following the publication of the 2017 SNH Commissioned Report: Analyses of the fates of satellite tracked golden eagles in Scotland.

Terms of Reference
The following Terms of Reference for the Group were agreed:
It was noted that the Cabinet Secretary has also commissioned a socio-economic study to be undertaken in parallel with the work of the Group, with interim findings made available later in the year.

Framework
In addition to identifying a schedule for meetings, the Group agreed the following framework:

Presentations were given by Specialist Advisers to the Group:
Posted by Simon Thorp at 01:33 No comments: