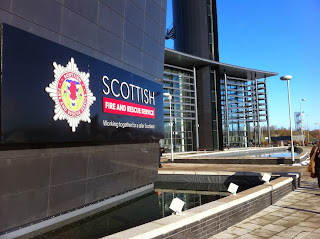 The ‘Wildfires 2015 - Prevention Better Than Cure’ conference and exhibition will be held at the Scottish Fire and Rescue Service Training College, Cambuslang, Glasgow on Tuesday, 10th and Wednesday, 11th November.

Held on a bi-annual basis, the wildfire conferences and exhibitions held in the UK have focused on sharing knowledge about this threat to open landscapes in the UK.  Against a background set by climate change forecasts  that indicate the number and scale of wildfire incidents are likely to increase, this year the emphasis of the conference will be on reducing the risk of damage from wildfire, which is of importance to the Fire & Rescue Services (FRS) and stakeholders alike.

The conference is being staged at the Scottish FRS's state of the art training centre in Cambuslang.  The conference will be an opportunity to bring together not only leading personnel from the UK and abroad, but there will also be a diverse range of specialists representing the UK FRSs, land & estate managers, insurers, environmental & conservation organisations, and the planning and policy sectors.

The programme includes some excellent sessions on a range of important issues related to wildfire prevention. Keynote speakers are now confirmed from California, New Zealand and Italy, providing some important and insightful international contributions. The other presenters come from the far corners of the UK and represent a wide variety of stakeholder organisations. There will also be exhibition stands from equipment suppliers and poster presentations of recent and current cutting-edge wildfire research. This is a 'must see' event for anyone in the UK who is involved or interested in wildfire prevention.

The conference programme can be downloaded and other details about the Conference (costs, booking form, accommodation etc) can be viewed on the SFRS website.

Please pass this information to any friends and colleagues who may be interested in attending this event.

The conference is being fully supported by the Scottish Wildfire Form, The England & Wales Wildfire Forum and the Chief Fire Officer's Association Wildfire Group.  The Forums are taking advantage of the opportunity to hold a joint meeting as a way to enhance the links within the 'wildfire community' in the UK.

There are a few places left at this event which is being run by SRUC at their hill farm, near Crianlarich on Monday next week (28 Sep 15).

Details of how to apply for a place are contained in the flyer below. 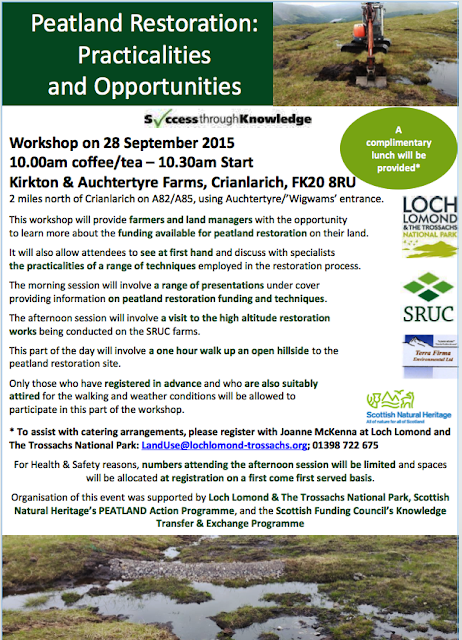 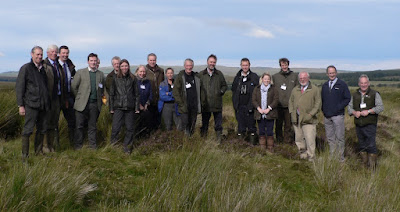 Representatives of the Forum met Dr Aileen MacLeod, MSP, Minister for Environment, Climate Change and Land Reform in the Coach House Inn, Muirkirk, on 4 September.  After a short introduction, we took the Minister onto the moorland to the south of Muirkirk, which is part of the Bute Estate.  Our host was Nick Wright, the manager of the estate, and at various stops we discussed a range of topics with the Minister:

Understanding Predation Project: Chris Wernham (BTO) provided an update on the progress of this project.  The draft report will be presented to the steering group, at the end of September and it will be discussed in three seminars between 27 October and 12 November.  The final report will be published at the end of January 2016.  The Minister confirmed her support for this project and stated that she is looking forward to launching the Report, in February.

Heather Management: Nick Wright described some of the heather management issues on the estate and the impact that the re-introduction of grazing two years ago, using Herdwick sheep, has had.

Conservation Issues: Duncan Orr-Ewing (RSPB) commented on the importance of the site for upland breeding birds and this led into an interesting discussion about the impact that changing management regimes can have on the populations of key bird species.

Land Reform: Tim Baynes (SMG) had been asked for his views about how the Forum could best contribute to the debate about Land Reform.  Many members would be submitting a response to the Bill consultation, and in recognition of the diverse range of opinion across Forum members, Tim recommended that the Forum should maintain the position expressed in Lord Lindsay’s letter to the Minister.  The letter had expressed the willingness of the Forum to respond to any requests for support from the Scottish Government to help identify any unintended consequences that might come from the reforms being considered.  The letter had identified the re-introduction of sporting rates as one issue where the reform might have unintended, negative impacts.

Upland Solutions:  I provided some background about the Upland Solutions project and how this had drawn comparisons in the relationship between the community and the moorland in Muirkirk and the Upper Findhorn Glen, above Tomatin.  It was suggested that if anything this work was more relevant now than it had been when the Project Report was published in 2011.  I suggested that this is unfinished business that the Forum should seek an opportunity to revisit. 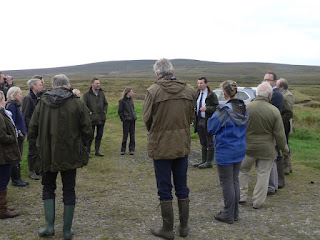 
The Minister departed at lunchtime and in the afternoon, the RSPB (Gerry McAuley and Duncan Orr-Ewing) hosted a short visit to the Airds Moss reserve, just to the west of Muirkirk, where substantial peatland restoration work has been undertaken. It was a great opportunity for Forum members to get a feel for the scale of such work.
Posted by Simon Thorp at 11:36 No comments: